Liverpool Is Back In Champions League Due To Salah’s Ballistic Performance: HumSub.TV

May 14, 2018 Liverpool Back In Champions League Due To Salah’s Ballistic Performance 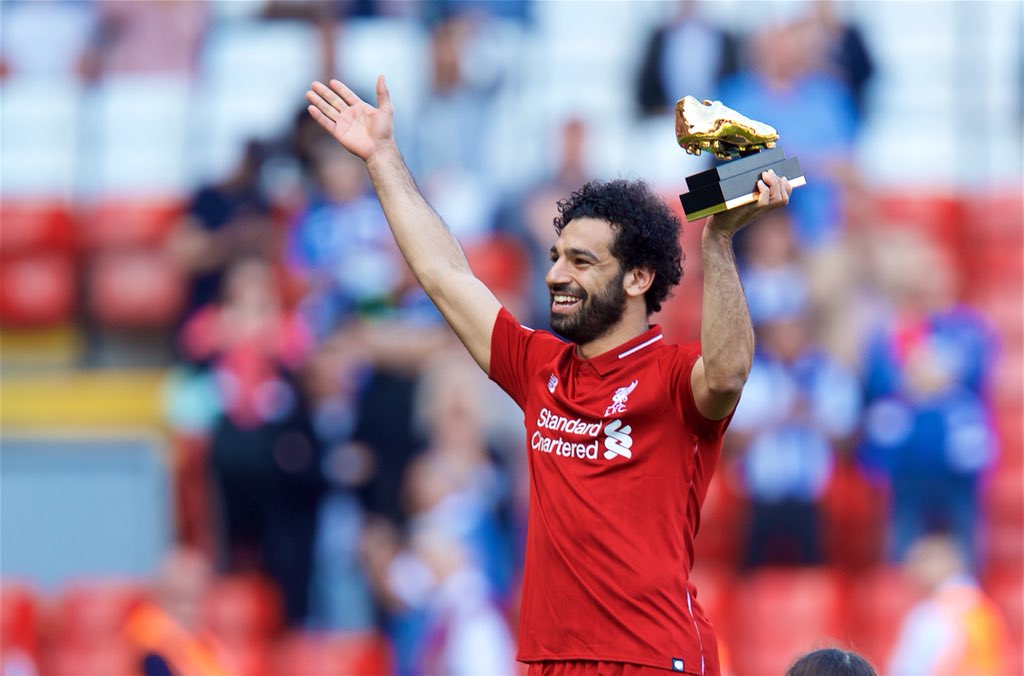 Liverpool Is Back In Champions League Due To Salah’s Ballistic Performance: Mohamed Salah , the Egyptian soccer star, finished the Premier league season with 32 goals from his 36 appearances. He breaks Premier League goals records and won Golden Boot.

Salah set a new Premier League (PL) record of 32 goals in a 38-game season to guarantee Liverpool’s place back in the Champions League next season by beating Brighton 4-0 at Anfield.

5th placed Chelsea failed to put any sort of pressure on the Champions League finalists by submitting lifelessly to a 3-0 defeat at St. James´s Park.

The Liverpool No. 11 caught the opener in the 4-0 win over Brighton and Hove Albion at Anfield to help Jürgen Klopp’s side claim 4th place in the division and Champions League qualification for next term.

The Egyptian star, who has scored 44 times in all competitions during his debut Reds season, had already been named the Premier League Player of the Season earlier in the day.

Salah is still three goals short of Ian Rush’s record of 47 goals in all competitions in a single season for Liverpool, set during the 1983-84 season, and he will need to score in the Champions League final to match that.

Heading into the final fixtures of 2017-18, the Egypt international sat level with three modern day icons on the English top-flight roll of honor.

Cristiano Ronaldo also achieved the feat while with Manchester United in 2007-08, before Luis Suarez carried Liverpool painfully close to title glory with an identical haul in 2013-14.

Salah has now passed them all, with the 25-year-old continuing to raise the bar in a stunning season. Prior to taking the field against Brighton, Salah had been confirmed as the Premier League Player of the Season for 2017-18 .

That medal has been added to PFA Player of the Year and FWA Football of the Year awards which have already come his way.