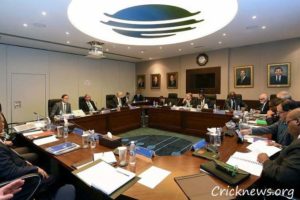 As per ICC details , Irfan, the coach of the One Stop Tourism and Multiplex team, has two weeks from May 19th to respond to the charges. He is party to the code through his position as a person who is affiliated to a team that participates in international matches. Irfan is originally from Pakistan, has coached a number of small professional clubs in the UAE for years.

He has been charged with making a corrupt approach to a player and for not cooperating in an investigation by the ICC’s anti-corruption unit since last October.

According to media reports, Pakistan captain Sarfraz Ahmed had reported a corrupt approach made before an One-day International against Sri Lanka in Abu Dhabi during the same month.

Pakistan Cricket Board (PCB) chairman Najam Sethi has also confirmed the approach, adding that the board had informed the ICC of the same.

The PCB took extra measures to stem spot-fixing, with all six teams in this year’s league monitored by anti-corruption officers. Pakistan has a history of fixing cases, the latest being last year’s scandal which rocked the Pakistan Super League held in UAE.

A spot-fixing case during Pakistan’s tour of England in 2010 ended in five-year bans on then Test captain Salman Butt, Mohammad Asif and Mohammad Amir.

Pakistan leg-spinner Danish Kaneria is also serving a life ban on charges of spot-fixing during a county match in England in 2009.

“Irfan has been provisionally suspended with immediate effect and has been charged for directly soliciting, inducing, enticing or encouraging a participant to breach the code and for failure or refusal to cooperate with the anti-corruption unit’s investigation,” said ICC release.

The three codes that he has been charged under are 2.3.2, 2.3.3 and 2.4.6, which include directly soliciting, inducing, enticing or encouraging a participant and failure or refusal to cooperate with the ACU’s investigation.

The ICC will not make any further comment in respect of these charges at this stage.