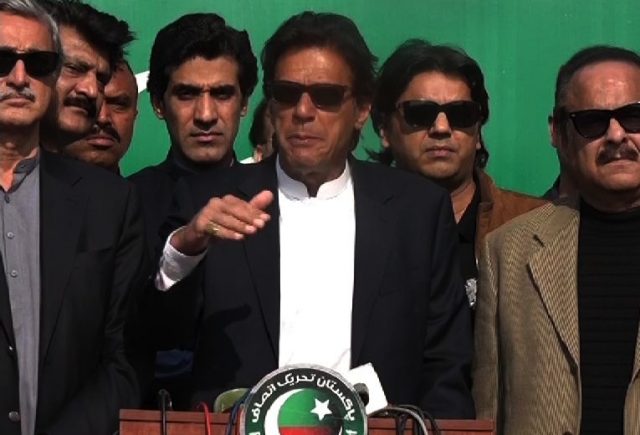 Pakistan Tehreek-e-Insaaf (PTI) Chairman Imran Khan said on Tuesday that the National Accountability (NAB) and Federal Board of Revenue (FBR) did not assist the Supreme Court of Pakistan (SCP) in Panama case which is a proof of their chiefs’ corruption.

In a press briefing held at Bani Gala after SCP’s hearing, Imran Khan claimed that several leaders of Pakistan Muslim League-N are willing to join PTI and are contacting the party in this regard.

“Nawaz Sharif is not accustomed to a neutral umpire,” he added. He advised Prime Minister Nawaz Sharif not to go for any other venture against judiciary as time has changed.

“How can a country progress where the finance minister launders money for Prime Minister?” he asked.