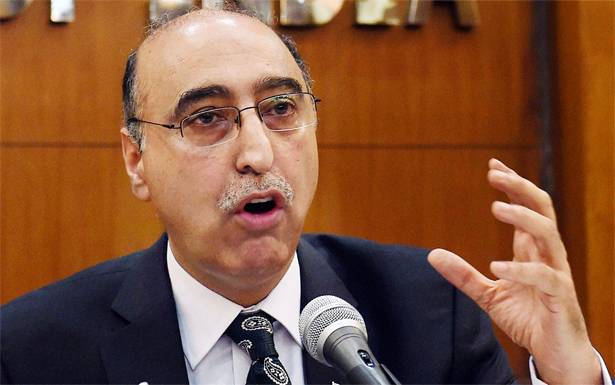 “If India does not engage in talks, the negative forces get advantage of the situation,” the high commissioner said in an interview with India’s news channel in New Delhi.

Basit said Pakistan was ready for talks with India on every issue, adding that the two countries should leave an amicable atmosphere for their coming generations. “It is very significant that both nations come to table and resolve all outstanding issues,” he said.

Further, he emphasised the need for confidence-building measures between Pakistan and India.

To a question on Jamatud Dawa (JuD) chief Hafiz Saeed, the high commissioner said that although Pakistan had put the cleric under preventive arrest, India had yet to provide strong evidence against him.

“Pakistan is serious about terrorism, and if any Pakistani national is guilty, he will face the law,” he said.

The high commissioner reiterated that Pakistan itself is a victim of terrorism and could not allow its soil to be used by terrorists.

“We are victims of terrorism. How can we support it? We are with India on terrorism, but cooperation from India will take things forward,” he added.

He said Pakistan had implemented National Action Plan (NAP) to eradicate terrorism and people across the globe had appreciated the country’s efforts in this regard.

He did, however, proceed to add that it would be difficult for Pakistan to initiate a dialogue if the neighbouring country continued to say that Jammu and Kashmir is an integral part of India.

Basit said that it was important to talk to the Hurriyat and Kashmiri people and added that “India cannot put red lines at any condition”.