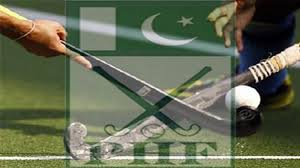 New Hockey Coaches Hired: With a very purpose to prepare for the Champions Trophy that is set to be held from June 23rd 2018 in Netherlands, Pakistan Hockey Federation (PHF) has hired two new coaches. They are a penalty corner specialist and goalkeeping expert.

Former penalty corner specialist Bram Lomans and Dutch goalkeeper coach Dennis Federpaug have joined the team and will be with them till World Cup.

The head coach of Pakistan hockey, Roelant Oltmans, says they hope to finish with an improved game than last time as they will be competing against the top teams in the world at the event and to prepare for that, the team will be getting the services of two specialist coaches.  “We have to improve our conversion rate and for that the coaches have been hired who will make this team stronger.” He added

“We are preparing for the Champions Trophy right now but our goal is Asian Games and then the World Cup,” Oltmans said.

In the last international tournament that we played with a dynamic attacking style and created a number of opportunities, but were not able to convert the penalty corners into goals.

Talking about the fitness of the players he said that the players have become mentally and physically stronger.

“The players become strong during the training camp in Abbottabad and I am glad that they have come here after resting but their fitness level was the same. They are now stronger physically and mentally and we are confident that they will give tough time to the teams,” he said.

Talking about the game against India in the Champions Trophy he said, “India is not the only team in Champions Trophy. We have four other teams too. No doubt the fans in Pakistan will cheer us if we beat India, but we will to give our all against other teams as well.”