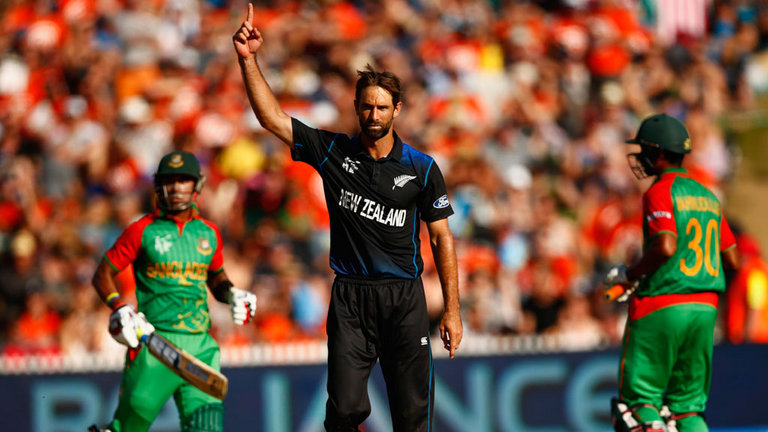 Grant Elliott, who smashed a six off South Africa paceman Dale Steyn to put New Zealand into their maiden World Cup final in 2015, has confirmed his retirement from international cricket after signing a deal to play in England’s Twenty20 competition.

The all-rounder joins New Zealand internationals Colin de Grandhomme and Jeetan Patel at the Birmingham Bears after signing a Kolpak deal, which means he gives up his right to play for his country and is not classed as an overseas player in county cricket.

The South Africa-born 38-year-old confirmed his retirement from the Black Caps after an awards night on Thursday.

“Loved playing with the Blackcaps and to have made some special friendships along the way. A team environment I will never forget,” he wrote on Twitter, posting a picture of himself with New Zealand fast bowler Tim Southee and captain Kane Williamson.

Elliott played 83 one-day internationals and five Test matches, with his last New Zealand match in the semi-finals of the World T20 against England a year ago.

A destructive batsman when on song and a handy swing bowler, Elliott will be remembered in New Zealand for his starring role for the co-hosts at the World Cup.

He scored an unbeaten 84 in the Auckland semi-final, with his six on the second-last ball sending a packed Eden Park into raptures, while leaving a number of South Africa players in tears.