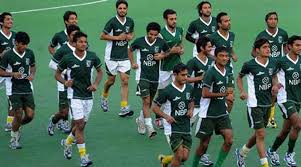 Pakistan Will Host 6 Nation Hockey Tournament: From September 2nd till 10th 2018, Pakistan will be hosting a six nation hockey tournament in which Afghanistan, Oman, Sri Lanka, Kazakhstan, Turkey will participate including Pakistan.

Last year a World XI visited the country and played one match each in Lahore and Karachi. The sources said that the federations of these countries had expressed their readiness to participate in the tournament. PHF has assured Asian Hockey Federation that foolproof security arrangements would be made for the teams.

AHF has promised technical assistance to PHF to organize the tournament. The sources said that the matches would be organized in Army stadium and Shahnaz Sheikh Academy.

A PHF high official said that they wanted to launch the Pakistan Hockey League (PHL) in 2018 but because of the hectic schedule of Pakistan team they were not in a position to organize it in the current year.

Pakistan is to participate in the 37th Champions Trophy in Holland in June, Asian Games in August and September in Indonesia and the World Cup in December. Meanwhile, Pakistan junior hockey team’s training camp has been started in Karachi at Abdul Sattar Edhi stadium. The training is aimed at maintain the form and fitness of the players.

The juniors are preparing to participate in the World Cup 2019. Pakistan was barred from participating in the Junior World Cup in 2016 in India by the host federation’s delaying tactics. PHF is trying to send the junior team on a foreign tour to play against a couple of strong teams. It has contacted some countries to arrange a series with Pakistan juniors in June and July.