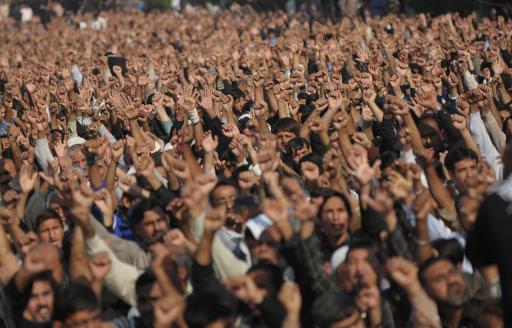 Pakistan is preparing for its first census in 19 years. Here are some facts about the upcoming enumeration exercise of the sixth most populous nation in the world.

For the first time, transsexual people will be counted separately, according to representatives of this historically recognised but often persecuted community in the country.

The forms had been printed well in advance of court decisions to include them in the count. Now enumerators have been informed that those surveyed will have three numeric choices for their gender: 1 for men, 2 for women, 3 for those who declare themselves transsexuals.

Language is considered an essential tool in evaluating the makeup of multi-ethnic Pakistan — but only nine of the country’s estimated 70 will be listed, to the dismay of many communities.

No regional languages from sparsely populated Gilgit-Baltistan will be included nor will Gujrati — spoken by some Muslim immigrants from India who believe the lack of recognition will drive their mother-tongue towards oblivion.

The census will provide an insight into the true number of religious minorities, especially Christians and Hindus. Estimates are approximate and disputed, ranging from 2 to 10 million for the former and 2.5 to 4.5m for the latter.

Citizens can declare themselves Muslim, Christian, Hindu or Ahmadi.

Otherwise, they can be “members of scheduled castes” — members of marginalised Hindu families, or “other”. There are no separate options for Sikhs, Parsis or Baha’i.

One box asks households how many toilets they have — a particularly salient question in Pakistan, where the United Nations estimates up to 40 per cent of people defecate in the open air with dramatic health consequences, especially for children.

But the army, which will conduct a parallel count, plans to be more precise mainly because of the country’s Afghan refugees who are accused of everything from terrorism to trafficking.

Many local officials fear Afghans could be counted as local and skew demography in favour of ethnic Pashtuns, whose political parties would benefit as a result.

On the other hand, the estimated six million Pakistanis working abroad will not be counted. No information will be collected on internal migration — necessary to assess the political weight of a province where many people have moved for economic reasons.

This information will be the subject of a separate subsequent survey based on a large sample of the population, according to authorities.