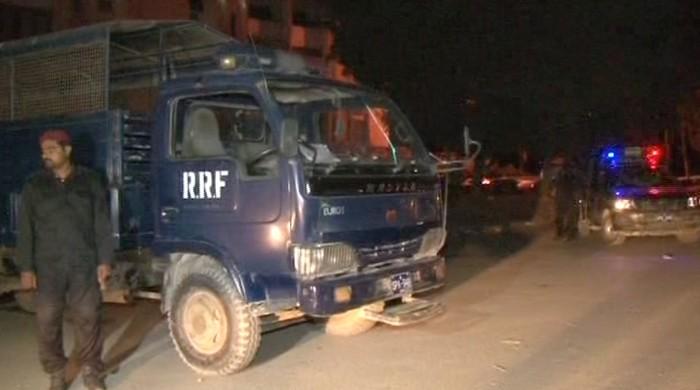 At least 20 suspects were arrested in a combing search operation around Karachi Central Jail conducted by over 200 personnel of Gulshan Town police on Thursday.

The operation was carried out on a tip-off about the presence of criminals in the area. The police blocked entry and exit points of the area and also used biometric devices during the operation.

Gulshan Superintendent of Police Dr Fahad stated that a Tunisian national, Ayub Ali, was arrested for illegally residing in the country and other suspects were also being identified using biometric devices.