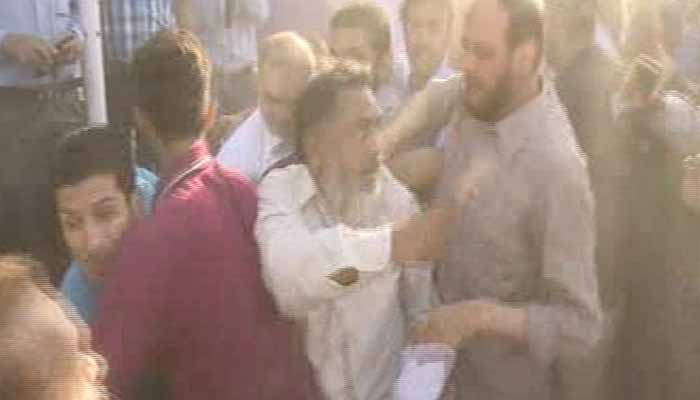 The spokesman said that police has blocked routes coming from and to the JI institution, adding that police mobiles and water tankers have been put in place to block the routes.

JI chief Siraj-ul-Haq condemned the arrests, and said the police cannot stop the party from protest through such acts.

Sit-ins, gatherings, and protests are a democratic right of people, he said.

The JI workers were to protest against the recent hike in the tariff of the Karachi Electric Corporation (KE) on Saturday at Shahrae-Faisal.