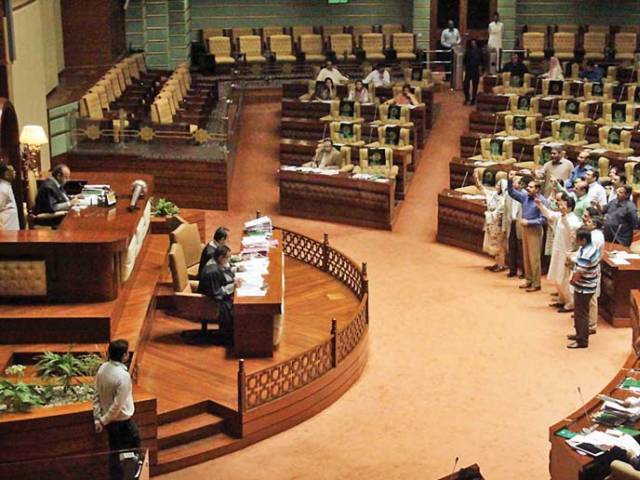 Faisal Subzwari accused the government of incompetence and said that Karachi is being converted into a jungle of buildings after taking bribery, and that ministers sold jobs to their own workers. He said that Karachi’s property is very valuable and even its one acre is worth millions.

Speaker Agha Siraj Durrani kept on trying to calm the members like a school teacher would do, but did not succeed.

MQM parliamentary leader Syed Sardar Ahmad later complained that provincial government is itself violating the acts that have been passed by the assembly.

Responding to Syed Sardar Ahmad, Durrani advised him to go take the government to court if he feels they are committing violations.

MQM MPA Kamran Akhtar asked who Manzoor Qadir Kaka is, and where he has gone ‘after looting billions’. He said that Manzoor was known as the front man of important political leaders.

He further said that if political leaders are facing trials after coming back to Pakistan, then why is he not brought back?