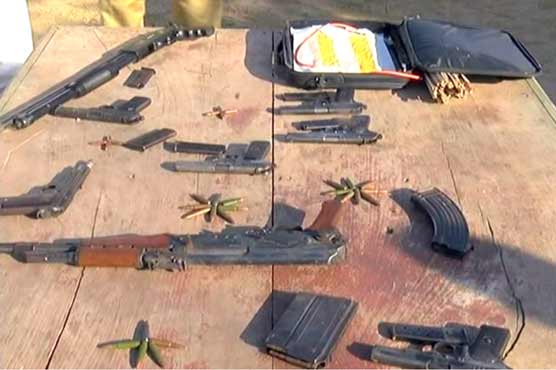 At least eight alleged terrorists involved in sectarian killings were killed in a police encounter in Malir’s Bakra Peeri area on Wednesday.

The security forces operation was conducted on suspected presence of Tehreek-e-Taliban’s Tank district leader Gul Zaman in the locality and was reportedly killed in the operation as stated by Senior Superintendent Police (SSP) Rao Anwar.

Others killed include Taj Muhammad alias Lala, a member of banned outfit Jamaat ul-Ahraar, and a 15-year-old suicide bomber.

SSP Rao added that the network of terrorists was operating from Afghanistan, Wadh and Balochistan and the raid was conducted on a tip-off.

Weapons, laptop bomb, grenades and other explosives were recovered from the suspects.