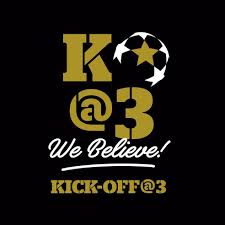 KickOff@3 Football Tournament In London: A KickOff@3 football tournament held in GOALS Hays here on another day has won by Watford FC Community Sport and Education defeating the runners up Villiers High School Southall, around 50 young people from Ealing, Hounslow, and Hillington boroughs took part in the tournament.

Winners from the event will go on to represent their team in the International finals on 17th June, alongside teams from various London boroughs, Northern Ireland and other counties across England.

Officers working across the new West Area Basic Command Unit(BCU)covering Ealing, Hounslow and Hillingdon assisted in facilitating the formation of local teams to take part in this programme.

Teams from Villiers and Dormers Wells High Schools in Southall, West Thames College, Isleworth, Watford FC Community Sport and Education and Goals took part in the tournament. Police Officers from the West Area Basic Command Unit (BCU) also took part in the tournament and demonstrated and ran another diversion scheme called ‘Beat the Bleep, which gave the teams an opportunity to try the police bleep test.

It is hoped the relationships formed between the youngsters and the police will strengthen and continue beyond the duration of the tournaments.

The initiative is now into its second year, with various police forces holding football tournaments in London, Hertfordshire, West Midlands and in Northern Ireland.

KickOff@3 was established by Met PC Michael Wallace and Mr. Ashley Levien who runs his own social inclusion project called ‘Suberbos Community’. Both men, who are based in Barnet, worked together to found the initiative.

Ashley Levien, said:”KickOff@3 is a powerful initiative that brings young people from all walks of life together and gets them involved in something positive whilst engaging with and breaking down barriers between their local police forces and those in a position of authority, which I believe makes us quite unique, especially in today’s climate.

“The charity awareness and fundraising aspect of KickOff@3 is the cherry on the cake, this doesn’t just give the many young people that we engage with the opportunity to gain valuable insight and knowledge into the various health and wellbeing issues that many people are currently going through, it also allows them to give back financially, helping each charity continue the great work they’re doing. KickOff@3 isn’t just a community initiative, we are a growing family that want change within our communities and #WeBelieve we can make a difference.”

Last year, over 600 young people between the ages of 15 and 19 got involved. They raised £600 and donated the money to the African and Caribbean Leukemia Trust (ACLT). In addition, 147 of the young people who attended signed up to the blood stem and bone marrow register.

The initiative continues to grow, with interest and support shown throughout communities. It has helped build links between officers and young people whilst raising awareness and funds for a range of charities who promote health and well-being in young people.