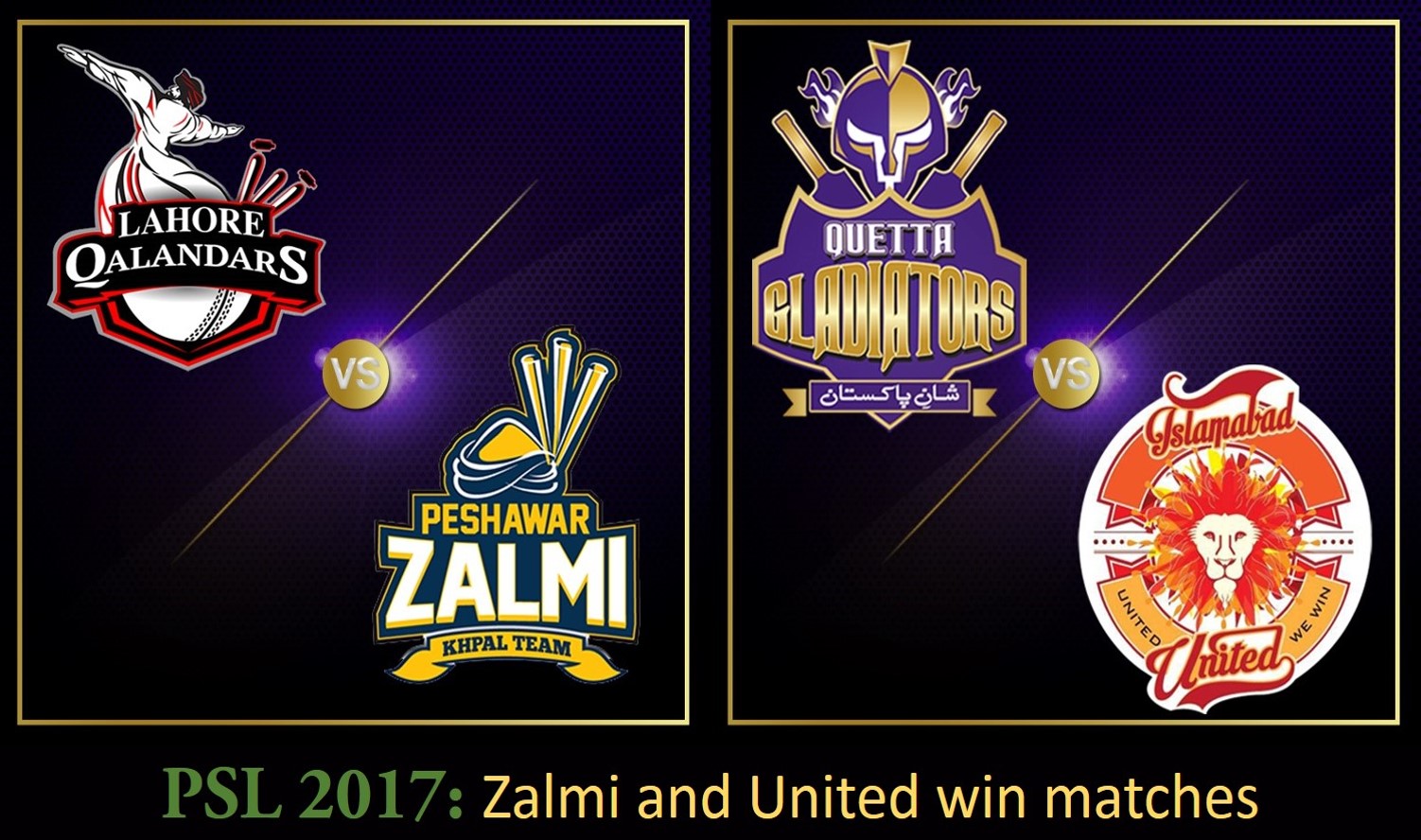 Peshawar Zalmi put up an interesting show by beating Lahore Qalandars by 17 runs in 17th match of the tournament.

Lahore Qalandars, at the loss of 9 wickets, could only fold up to 149 runs in 20 overs, of which 32 were scored by Cameron Delport while chasing the target of 167.

Zalmi eventually snatched the match from the opponent team’s hands and posted itself at second position on points table.

In the second match the day, Islamabad United left the spectators and opponent team stunned when they turned the tables and bagged victory against Quetta Gladiators by just 1 run.

The United kicked off the match quite shakily as they lost their first wicket on third ball of the innings. Shane Watson created trouble for Gladiators as he struck two massive sixes in the last over, adding 18 runs to the total of 165.

The match changed it dynamics in the last over of the second innings when birthday boy Muhammad Sami of United took hold of the ball and impeded Gladiators from scoring five runs, thus bagging victory for Islamabad United.

Earlier, the Gladiators won the toss and invited United to bat first.