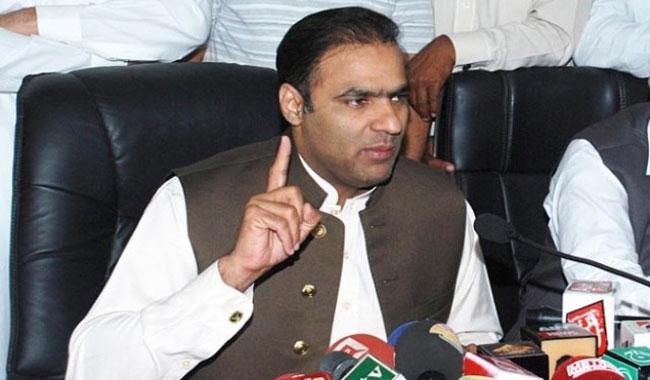 Minister of State for Water and Power Chaudhry Abid Sher Ali Tuesday announced that there would be no load shedding across the country on the day of Pakistan Super League (PSL) final match scheduled to be held at Lahore on March 5 (Sunday).

Abid Sher Ali that the government was committed to eliminating load shedding from the country.

Power projects of over 10,000 MW capacity were being completed on fast track, said a press release.

220 KV grid station Chishtian along with 88 km transmission line has been constructed by National Transmission and Despatch Company Ltd. (NTDC) with the cost of Rs. 2633 million.

He appreciated the NTDC Management, engineers and staff for timely completion of the project and said that the grid station will end forced load shedding, improve voltage level and minimize trippings which was being faced due to overloading of the system.

Resultantly, power supply for the people of Chishtian, Bahawalnagar, Hasilpur, Noor Sar, Haroonabad, Dhahranwala and Fortabbas will be improved in urban and rural.

Chaudhry Abid Sher Ali said that Ministry of Water and Power, NTDC and DISCOs have overcome 90 percent system constraints and maximum relief will be provided to consumers during the holy month of Ramadan.

He also assured the locals for creation of new subdivisions in MEPCO offices to ease their problems related to electricity.

He said that NTDC is completing its projects on war footing to connect 50 power plants with national grid. Presently, 37 projects of grid stations and transmission lines are under different stages of completion.

90 percent construction work of 500 kV Neelum Jhelum Transmission Line has also been completed. To evacuate power from under construction power plants with 4000 MW capacity, the work on 660 kV HVDC transmission line from Matiari to Lahore will be started soon.

He said in the jurisdiction of its projects, NTDC will help deserving and poor students for their education under its CSR initiatives.

GM GSC Wajahat Saeed Rana further said that NTDC has been given task to construct huge infrastructure of the network and NTDC management, engineers and staff are fully committed to complete these project well before time so that the menace of load shedding can be eliminated in the line commitment made by the Government of Pakistan.