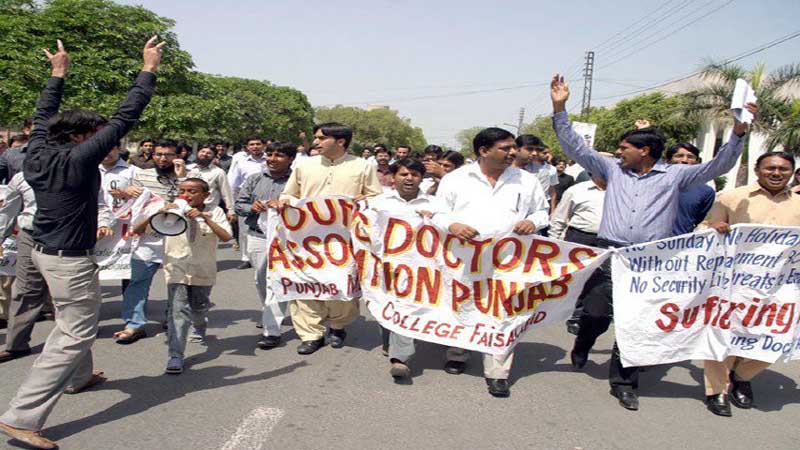 Young Doctors’ Association (YDA) called for Punjab-wide strike and boycotted emergencies and OPDs of hospitals as protest against an attempt to arrest Dr Atif on charges of corruption.

According to YDA spokesman, the emergency ward of Services Hospital Lahore, was shut down after clash between YDA and anti-corruption officials who tortured YDA Vice-President Dr Atif at the emergency ward, and the future line of action would be announced on Tuesday.

Young doctors claimed that anti-corruption officials were without identity cards and were trying to arrest the named without any arrest warrant.

On the other hand, spokesman of anti-corruption department stated that Dr Atif and Dr Salman have been charged under Anti-Corruption Act and were found performing legal duty at the hospital.