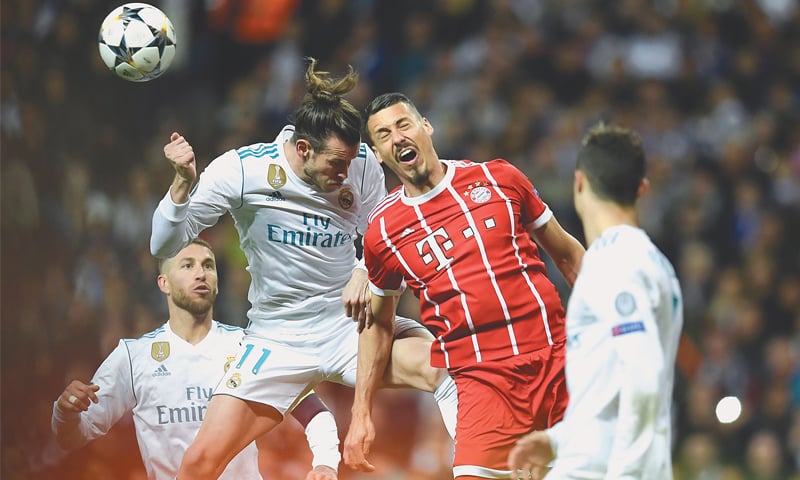 Real Madrid Reached Champions League Final: Real Madrid granted again at home for a draw 2-2 against Bayern in a semi-final match, advancing 4-3 on aggregate to stay on track for a third consecutive European title. Cristiano Ronaldo held scoreless for the second time in as many games, Real needed a blunder from Bayern goalkeeper Sven Ulreich to gift them their second and crucial goal on the night.

Joshua Kimmich scored for Bayern in the 3rd minute to set the stage for another comeback at the Santiago Bernabeu, like the one Juventus nearly pulled off in the quarter-finals before Ronaldo converted an injury-time penalty.

The German club, who have now been knocked out in the Champions League semi-finals in four of the last five seasons, had several good chances in the final minutes but were unable to capitalize.

The French striker gave Real a 2-1 lead after Ulreich’s mistake. The goalkeeper appeared to lose his footing while trying to get to the ball and seemed to hesitate to stop it with his hands before missing it entirely as he went to the ground. That allowed Benzema to run onto the ball for an easy finish into an open net. This time, Real reacted a lot more quickly, with Benzema equalizing in the 11th with a firm header after a well-placed cross from the left by Marcelo.

By successfully defending their 2-1 win from last week, Real stayed on track for a third consecutive European title, and fourth in five seasons.

Europe’s most successful club with 12 trophies, Real will play the final against either Liverpool or Roma.

Real, playing in their 250th Champ­ions League match, are the first team to make it to 3 European finals in a row since Juventus from 1996-98.

“It’s a Champions League semi-final. You will always suffer,” Real coach Zinedine Zidane said. “Nothing is easy. Football is like that, you have to suffer. And when you win, it feels even better, although it’s not too good for your heart.”