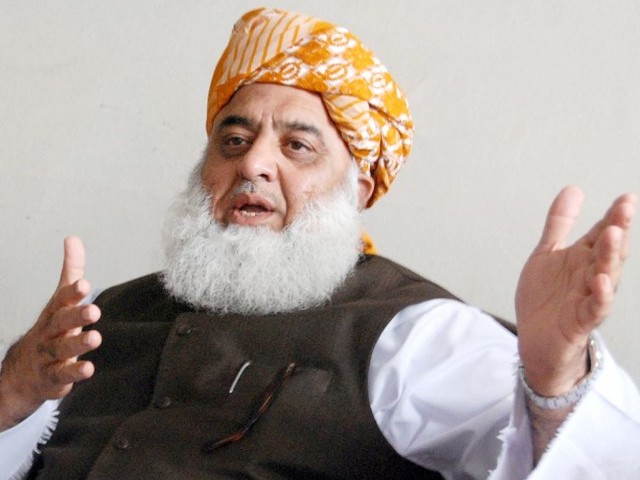 Speaking to media personnel, Fazal-ur-Rehman denounced the recent attack in Parachinar and stated that eliminating terrorism from Pakistan was crucial.

“When suicide bombers were being prepared, we were the ones who opposed it,” he said. “Ulema ultimately paid the price for sticking to their decision,” he added.

Fazal said that the purpose of JUI-F’s gathering was to spread the message of Islam to all parts of the world and it was a struggle for peace. He said that it was unfortunate how religious statements were not broadcast on media.

During his speech, Fazl-ur-Rehman also stressed on the need to fight the war for peace and security without prejudices.