SHC bans alcohol sale in Sindh for one month 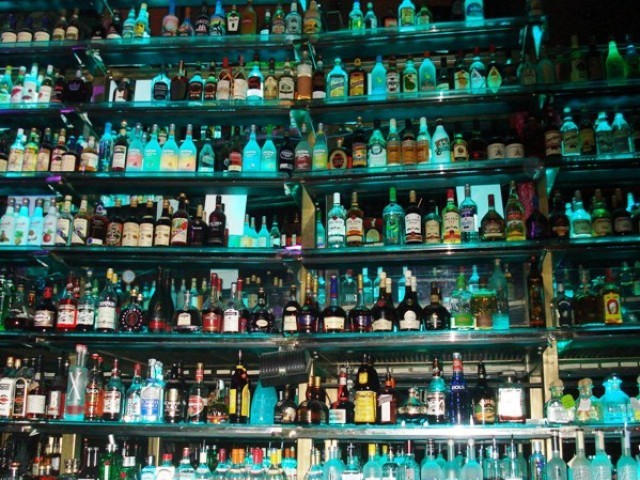 SHC bans alcohol sale in Sindh for one month

The Sindh High Court (SHC) ordered the Sindh government on Thursday to shut all liquor shops across the province for a month and devise a proper mechanism in this period regarding the sale of alcohol.
The court gave these directions while hearing an application of Pakistan Muslim League-Nawaz (PML-N) MNA Dr Ramesh Kumar Vankwani.

The court rejected the report submitted by the DG Excise Police Sindh and sought a detailed report on the sale of liquor and issuance of licences to liquor shops.
Vankwani had claimed in his application that liquor was being sold throughout the province in the name of non-Muslims but the Hindu religion forbids consumption of alcohol. Hence the liquor shops should be shut down, he urged.
When the court asked the DG Excise that under what mechanism alcohol was being sold across Sindh, the official provided only the number of licenced shops in the province. The court rejected the report, saying it was “incomplete”. It gave one-month time to the authorities and directed them to formulate a proper mechanism to channelise the sale and licensing of alcohol in the province and submit a detailed report.
Advocate Mir Jawed, who represented owners of alcohol shops, argued that all liquor shops were legal as they had obtained licences and paid taxes.