May 5, 2018 Supreme Court Noticed Irregularities In Land Acquired By Bahria Town All Over Pakistan 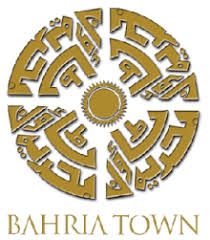 Supreme Court Noticed Irregularities In Land Acquired By Bahria Town All Over Pakistan: The Supreme Court (SC) on Friday came down hard on Bahria Town’s illegal procurement of land for its housing projects across the country, in each case declaring all such transfers null and void. The land acquired is against the provisions of COGLA 1912 [Colonization of Government Lands Act, 1912] and statement of conditions have no existence.

Justice Ejaz Afzal Khan authored judgments in each case, which were heard by a single three-member bench. He was accompanied by Justices Maqbool Baqar and Faisal Arab.

The apex court barred Bahria Town from selling or allotting land in the Bahria Town Karachi project after declaring that the allotment of land to the company by the Sindh government and a massive land exchanged with the Malir Development Authority (MDA) was done illegally.

The bench hearing the case further directed the National Accountability Bureau to file references against those responsible for illegally transferring and allotting land and to take action against them within 3 months.

The court also considered the interests of those people Bahria Town has already sold the land to.

Since a great deal of work has been done by the Bahria Town and a third-party interest has been created in favor of hundreds of allotees, the land could be granted to the Bahria Town afresh by the Board of Revenue under the provisions of COGLA 1912.

Bahria Town Will Be Scrutinize On Following Points

Defense Housing Authority (DHA) Schemes Will Be Probed Too

“We have been told that government land has also been allotted to DHA and many other societies on cheaper rates as compared to the rates in this case. If so, we would request the Honourable Chief Justice of Pakistan to take suo moto action in this behalf so that like be treated alike.”

Separately, the SC also held Bahria Town responsible for encroachment on forest land in the Takht Pari area near Islamabad.

NAB was also directed to look into who authorized the illegal allotments in the Takht Pari area and pursue them in an accountability court.

New Murree Development Project/Scheme, had been roundly criticized by environment protection agencies for endangering the forests and land around Islamabad.

Supreme Court has instructed NAB to investigate the case and file references against all those who are found responsible for committing, aiding and abetting the crime at any level or in any form.”