Karachi Electric To Be Privatized: HumSub.TV 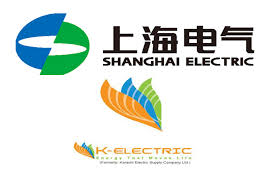 Karachi Electric To Be Privatized

Karachi Electric To Be Privatized: Sale of Karachi Electric: Privatization Commission (PC) is seeking consents of the concerned government departments to grant sale of K-Electric’s majority shares to Chinese firm. Shanghai Electric Power Company, which is one of the largest companies in power sector in China, planned to invest nine billion to improve transmission, distribution and generation systems of KE.

Minister for Privatisation Daniyal Aziz said the commission has approached line ministries as well as regulatory bodies to seek their response as part of its due diligence before issuance of national security certificate (NSC).

Aziz was meeting with representatives of Shanghai Electric Power Company (SEP), which agreed to buy 66.4 percent shareholding in K-Electric from Dubai-based Abraaj Group for $1.77 billion in October 2016. Secretary and senior officials of Privatization Commission and the legal and financial representatives of SEP attended the meeting.

The sale of KE’s shares is subject to the issuance of NSC from the government through the Privatization Commission. NSC matter will be completed shortly after the preliminary requirements are fulfilled. The minister directed officials to expedite the process. “Government of Pakistan is committed to strengthen the (power) sector through massive foreign investment,” he added.

Earlier Shanghai Electric Power Company Ltd held talks with the K-Electric to invest in power sector in Pakistan. The Chinese side has carried out its due diligence and is satisfied with the financial position of the company. In this regard, negotiations between both the companies are progressing positively and the matters are likely to be finalized soon.

Prime Minister Shahid Khaqan Abbasi has put his consent behind the sale of majority shareholding in K-Electric to Shanghai Electric Power of China with a warning that the Karachi electric will be in a good shape and working after Chinese company involvement.

So for every problem in Pakistan, privatization is the solution!!! Is that right?