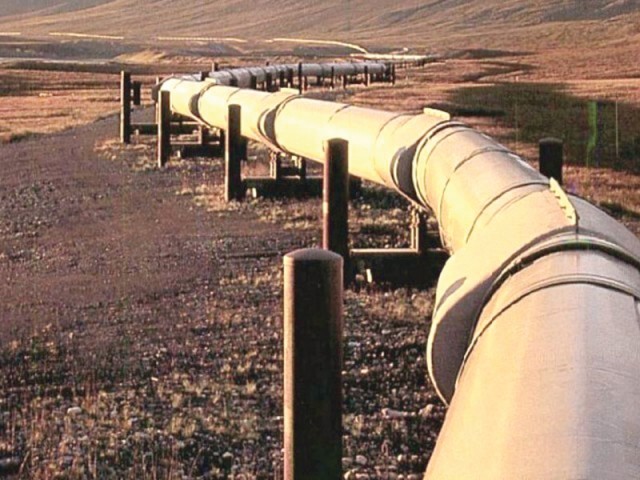 Addressing the inauguration ceremony, Minister for Petroleum and Natural Resources Shahid Khaqan Abbasi said it was a great moment for Pakistan to witness the launch of project in its practical form after a period of 22 years.

He said the FEED process was launched in Afghanistan last week and now it was being initiated in Pakistan under the project to lay a 56-inch diameter 1,680km pipeline, having capacity to flow 3.2 billion cubic feet per day (bcfd) gas from Turkmenistan through Afghanistan and Pakistan up to Pak-India border.

The minister expressed confidence that the project would complete “in time and on cost” and help meet energy requirements of Afghanistan, Pakistan and India.

Terming the project crucial, Abbasi said Pakistan was in dire need of the gas, which it was meeting through import of Liquefied Natural Gas (LNG) for the last two years in an effective manner.

He said Pakistan would have surplus power and gas when the five-year democratic tenure of incumbent government of Pakistan Muslim League-Nawaz would end in 2018.

The minister said under the TAPI project, scheduled to complete in the year 2020, Pakistan would be getting one third of its total gas production, which currently stands at 4 bcfd.

During the last two years, he said significant developments had taken place for the smooth and timely execution of project and acknowledged the role of Turkmen President and government in initiating the practical work.

Abbasi said all the participating countries were cognisant of the difficulties involved in the project and these would be overcome for making the TAPI a reality.

Under the pipeline, Pakistan and India will be provided 1.325 bcfd gas each and Afghanistan will be getting the share of 0.5 bcfd gas.

The Chairman TAPI project said the pipeline would be the symbol of peace, prosperity and stability in the region, as it would open up a new vistas of economic activities in every nook and cranny of the areas from where it would pass.

The Economic Adviser to Afghan President said the project would help quench thirst of the energy-starved nations in the region.

He was of the view that the project would complete within the scheduled time.