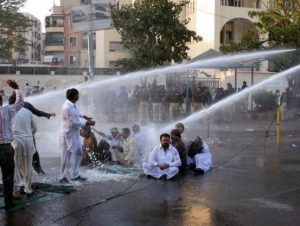 Sindh police didn’t even care about respectable teachers of our country. In Karachi, Sindh police interrupted teachers sit-in by beating them up. The teachers are not going to move until there demands are met.