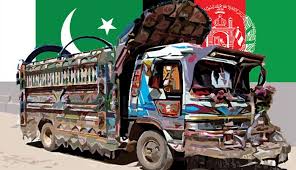 Trade Ties With Afghanistan: On the much awaited and need of the hour 7th Afghanistan- Pakistan Transit Trade Coordination Authority meeting by the Afghan side, Pakistan and Afghanistan expressed solidarity to enhance trade ties.

Both the sides expressed the desire

Officials present in the meeting were Afghan Deputy Minister for Commerce Kamila Sidiqi , Mohammad Younus Dagha, Secretary Commerce,Fazal Abbas Maken, secretary National Food Security and Research, while officials of the Ministry at the Ministry of Commerce, officials of Ministry of National Food Security and Research, Federal Board of Revenue and Foreign Office were also present during the meeting.

The Afghan delegation thanked the Pakistan government for their hospitality and for accommodation of the concerns of Afghan traders and farmers.