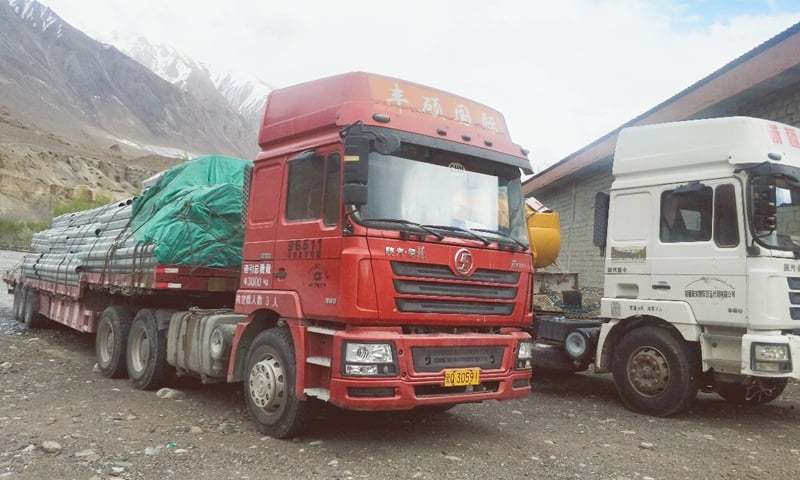 Traders Protest Closes Main CPEC Route: The Khunjerab Pass owing to heavy snowfall remains locked from December to end of March every year under a border protocol agreement signed between the two countries.

Recently, Border trade with China through Khunjerab Pass has been deferred since last month as traders have refused to clear their consignments through newly introduced Web-Based One Customs (WeBOC ) system at Sust Dry Port. The striking exporters and importers who have rejected the goods clearance system launched from April this season. About three dozen trucks carrying goods to and from China are stranded at the Sust Dry Port due to this dispute.

The traders are of the view that doing border business through Khunjerab Pass is different from the rest of country and the region lacks proper internet service and they are lack the training and education to learn the WeBOC system.

The Gilgit-Baltistan Chamber of Commerce and Industry (GBCCI) and other trade organizations are assisting the strike and protest. The traders working for years at this port are uneducated and unfamiliar with the newly launched customs clearance system, which they fear will render thousands of people jobless. They demanded that GB should be declared a tax-free zone as per the wishes of locals.

Many rounds of talks between trader representatives and the FBR [Pakistan Customs] and the GB government officials to settle the issue failed to make any headway as both the sides were reluctant to relax their stances.

The FBR believes that the online system will not only make the trade through Pakistan-China border easier but will also align Sust dry port with all the modern infrastructure in dry ports across the country. Introducing WeBOC system in Sust has long been part of the government plans.

In second phase of protest, the Karakoram Highway (KKH) will be blocked for traffic to mount pressure on the government for acceptance of demands.

GB Legislative Assembly Member Javed Hussain said KKH is a CPEC route but unfortunately the border trade activity between China and Pakistan is suspended for over a month.