May 5, 2018 Youth Unemployment Increases In Pakistan 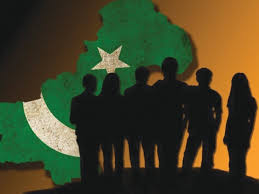 Youth Unemployment Increases In Pakistan: National Human Development “Unleashing the Potential of Young Pakistan” reports that youth unemployment in Pakistan has increased to 9.1% in 2015 from 6.5% in 2007. Minister for Planning and Development Ahsan Iqbal said the youth between 15-29 years made up 41.6% of the country’s total labor force (between 15-64 years).

The International Labour Organisation (ILO) has marked the unemployment for 15-24 age groups at 10.8%.

The report focuses on how to improve human development outcomes by empowering young people, addressing the root causes of the obstacles they face, and by proposing innovative ways to surmount these challenges. It mentions three areas as key drivers of youth empowerment:

The Higher Education Commission have led to a radical rise in the number of research publications produced in which over 3,000 doctoral theses were defended in Pakistan between 2003 and 2009, versus nearly a total of 3,300 from 1947-2002.

The continued focus on the quantity, rather than quality, of the research produced led to much of these publications not meeting international benchmarks.

The lack of research culture is also evident from the negligible number of students enrolled in higher level programs where only around 12,400 students in MS/MPhil and 14,370 in PhD programs across the country.

The report said all regions of Balochistan, Federally Administered Tribal Areas (Fata) and northern KP were found to be the most deprived in terms of youth development index (YDI). Apart from the two indicators, the youth’s performance in all other dimensions of YDI in these regions was alarmingly low.

Global Youth Development Index said that within South Asia all countries but Afghanistan have better scores for education than Pakistan as well as a higher YDI global ranking. Pakistan’s low score stems from its dismal performance in the areas of education, financial inclusion and political participation, exacerbated by the lack of a coherent youth policy, both at the federal and provincial levels.

With a youth literacy of barely 70.7%, Pakistan fares poorly compared to other regional countries.