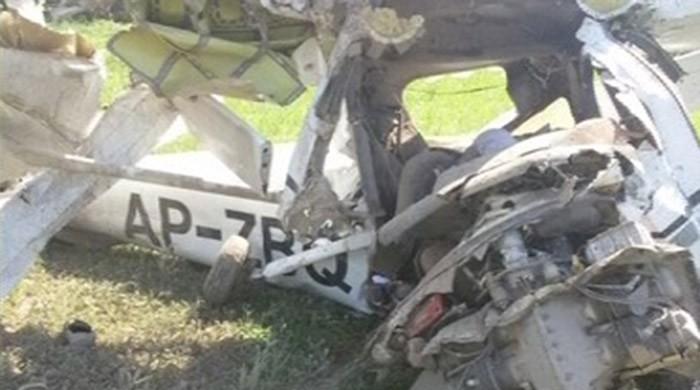 A jet trainer being used by a private company crashed at Faisalabad International Airport on Friday, killing the pilot and instructor.

According to preliminary reports, the jet crashed due to technical faults 15 minutes after taking off in an attempt to land safely on the airport.

The plane crashed on ground which did not cause any damage to the runway. The trainee pilot and instructor lost lives on spot.