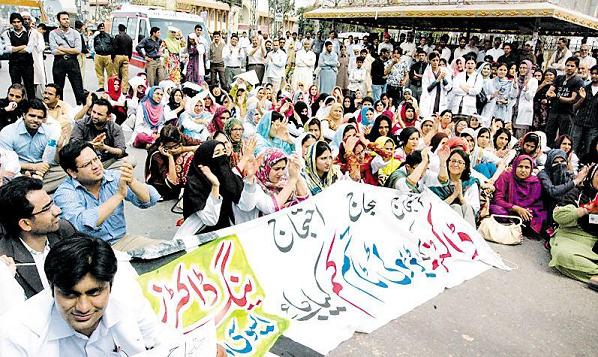 The Young Doctors Association (YDA) called off its strike in out-patient departments (OPD) of government hospitals across the province on Sunday evening after the Punjab government assured the YDA leadership that their demands will be met.
The YDA leadership has, however, warned the government that they would again resort to boycott of the OPDs if their demands are not accepted within 48 hours.
Earlier, a patient who was refused medical assistance as part of the YDA’s protest lost his life early on Wednesday morning.
The YDA has been protesting against anti-corruption officials, who wanted to arrest two doctors of Lahore’s Services Hospital, Dr Atif and Dr Salman, on corruption charges.