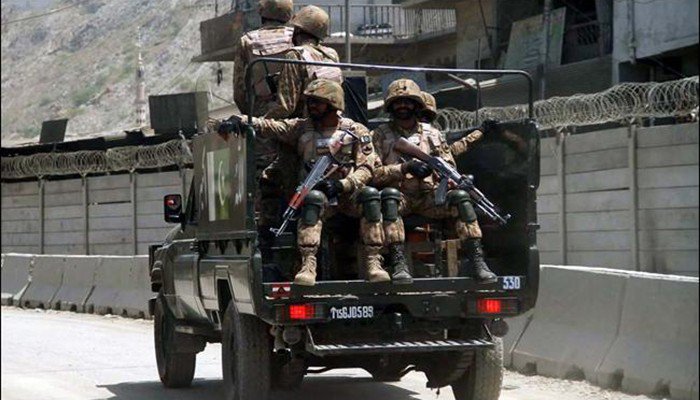 Around 113 suspects were arrested in search operations carried out across Pakistan by law enforcement agencies on late Friday and Saturday under the Operation Radd-ul-Fasaad.

According to sources, Lahore police arrested a suspect hailing from Azad Kashmir from the gate of Lahore High Court on Saturday, having conducted search operation in Punjab University hostels and others areas of the city on Friday night, arresting seven suspects and closing National College of Arts for one week.

Security forces conducted a raid in Sadiqabad’s Sona Chowk on a tip-off from intelligence agencies and arrested two truck drivers, Sakhi Badshah and Rasool Nawaz, belonging to Wana town of South Waziristan Agency, on allegedly smuggling explosives from Afghanistan to Pakistan and having close ties with banned outfits. Both have been shifted to undisclosed location for further investigation.