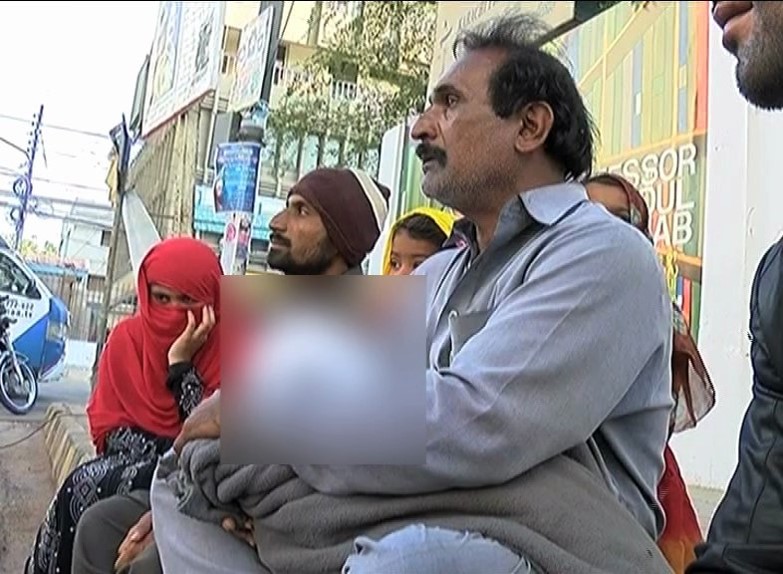 Family of a four-year-old boy, who died of liver and heart failure, demonstrated protest while holding his body outside Karachi Press Club on Saturday.

They accused hospital administration of not providing proper medical care to the sick child, Deedar, despite Sindh health minister’s assurance.

They later called off the protest on assurance of Sindh government to provide Rs0.2 million.

Deedar died on Friday night after fighting for life for six months.