COAS vows to nib the miscreants by Operation Radd-ul-Fasaad 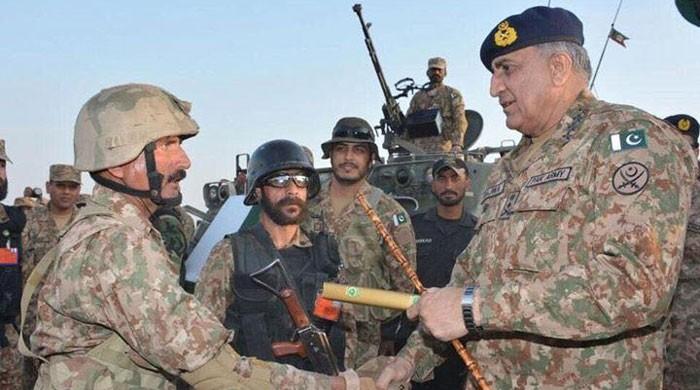 COAS vows to nib the miscreants by Operation Radd-ul-Fasaad

Chief of Army Staff (COAS) General Qamar Javed Bajwa on Thursday vowed to eradicate terrorism from Pakistan and nib all the miscreants by Operation Radd-ul-Fasaad.

“Through Operation Radd-ul-Fasaad, we will take on all ‘fasaadies’ and play our part in bringing back normalcy in our country,” he said.

Addressing officers and troops during a visit to Multan Garrison, the COAS lauded their efforts in establishing internal security.

General Bajwa witnessed training of troops to conduct population census support plan, combat training exercise and was also given a detailed briefing on the operational preparedness of the Constabulary.