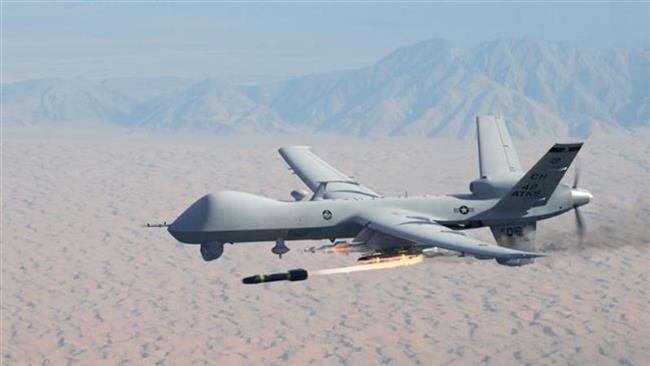 A suspected US drone strike killed two men on Thursday in a village in Kurram Agency, near the Afghanistan border.
According to a political administration official, the deceased have been identified as Saqib and Qari Abdullah.
“A missile struck the motorcycle which caught fire and then exploded,” said a village elder from the area.
Earlier this month, at least five Afghan Taliban fighters were killed in a US drone strike in the Pakistan-Afghanistan border region. It was the first drone strike in the region since Donald Trump took office as the president of the United States.
The drone fired missiles at a vehicle which was en route to Kurram Agency from Khost province in Afghanistan, security sources said. All five men travelling in the vehicle were killed on the spot. They have been identified as top Afghan Taliban leaders.
Security sources said the drone strike took place well within Afghan territory, a few kilometres away from the Pakistani border region of Spin Ghar.