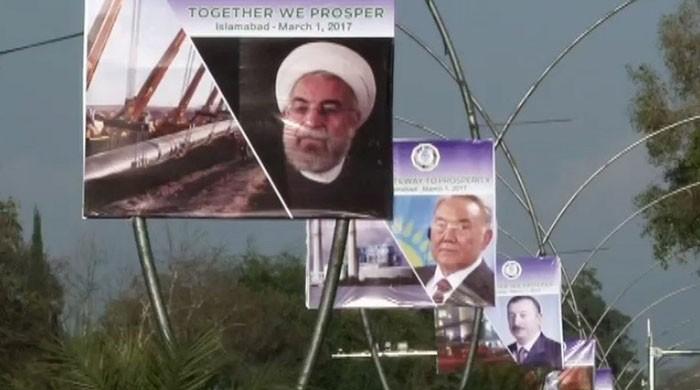 The 13th Economic Cooperation Organisation (ECO) summit begun in Islamabad on Tuesday with the session for foreign ministers, while the main session will be held on March 1.

Presidents of Azerbaijan, Iran, Tajikistan, Turkey and Turkmenistan, prime ministers of Kyrgyzstan and Kazakhstan and Deputy Prime Minister of Uzbekistan are taking part in the Summit with no high-level representation from Afghanistan, resulting in the participation of Ambassador of Afghanistan in Pakistan.

The first session aims to adopt Islamabad Declaration 2017 for the Summit that is further expected to review the state of affairs in trade, transport, connectivity and energy sectors keeping in view the current and emerging regional and global circumstances.

Earlier, Foreign Secretary Aizaz Chaudhary said that propaganda against Pakistan has failed to sideline it. “Representatives from different countries came to Pakistan on the invitation of the Prime Minister.”

Advisor to the Prime Minister on Foreign Affairs Sartaj Aziz stated that ECO session’s draft has been finalised but will be subjected to approval and revision during the session along with the signing of four agreements.