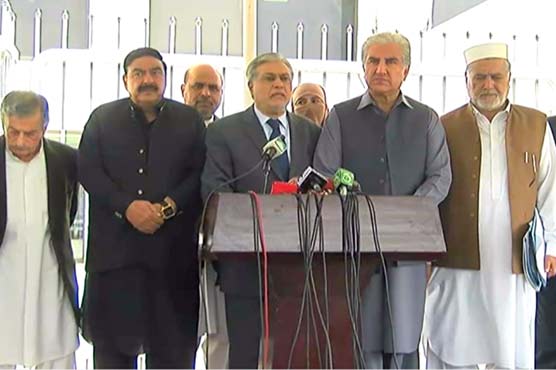 Parliamentary parties on Tuesday reached consensus over extension of the tenure of military courts for another two years.

Briefing the reporters after the meeting, Pakistan Tehreek-e-Insaaf Vice Chairman Shah Mahmood Qureshi said that they have agreed on the extension of military courts in greater national interest despite their differences with the government.

Ishaq Dar agreed with the decision and requested all parties not to politicize the issue of military courts. He further stated that Senate and National Assembly sessions will be held on March 3 and 6, respectively, in this regard.

Lately, the government proposed yet another constitutional amendment in pursuit of reviving the military courts for another term.