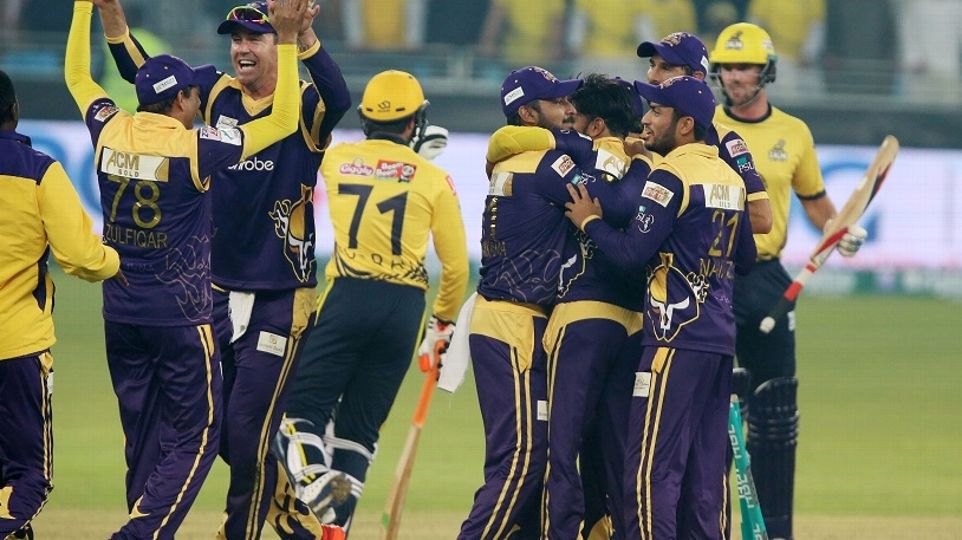 Zalmi won the toss and invited Gladiators to bat first, managing to put up a total of 200 for the loss of 7 wickets. A dynamic innings played by Ahmad Shahzad and Kevin Pietersen contributed 90 runs with a total of seven sixes and 9 fours.

The high-spirited start by Gladiators helped them in scoring 121 runs for the loss of two wickets in first 10 overs which predicted an exceptionally high target for the opponent. But the loss of five wickets in the second half restricted them to scoring 79 runs.

Chasing a massive target, Peshawar Zalmi lost wickets of Kamran Akmal and Marlon Samuels in the very start with just three runs in hand. The momentum was, however, boosted by the impressive partnership of Muhammad Hafeez and Dawid Malan who added 139 runs in 72 deliveries.

Boom Boom Afridi also struck four sixes and one four but was caught by Muhammad Nawaz after facing 13 deliveries.

Ahmad Shahzad was declared the man of the match.