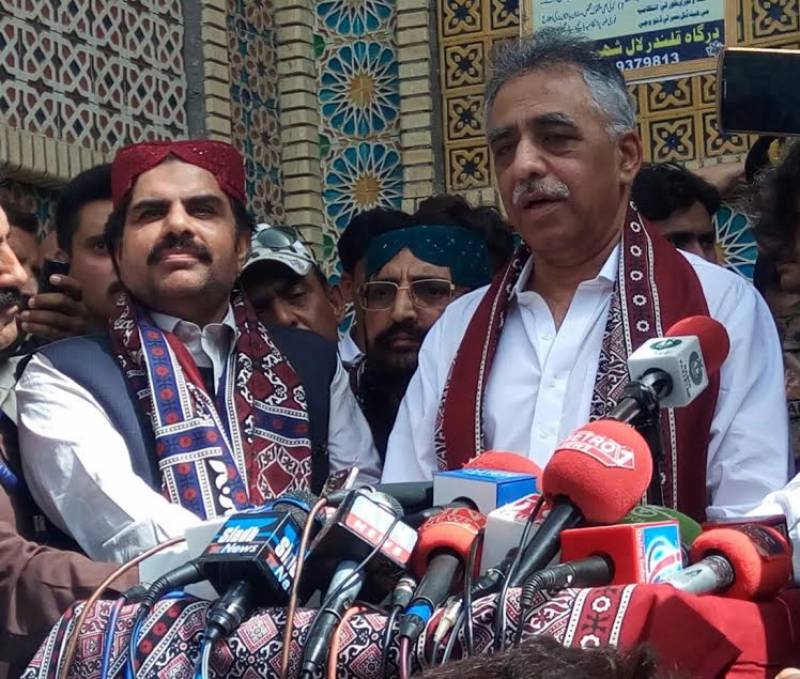 The Governor expressed his views during a briefing with the press today at the inauguration of the 765th three-day annual Urs celebration of Hazrat Usman Marvandi, Lal Shahbaz Qalandar. He also expressed his grief over the loss of the countless innocent lives during the not-too-distant suicide attack at the Dargah Hazrat Lal Shahbaz Qalandar. The Governor mentioned that the government has increased the security around the shrine and described in detail the said security measures and precautions.

The Governor said that he was of firm belief that the “enemies of the country” are deliberately trying to sabotage CPEC as they are aware that the project will potentially turn the tables around for the populace of Pakistan.  He further stated that despite all the conspiracies, namely the alleged colonisation of Baluchistan by the Government of Punjab, the projects under CPEC will be completed on time and will bring an economic revolution within the country.

Senior Sindh Minister Nisar Ahmad Khuhru and other provincial ministers were also present on the occasion.