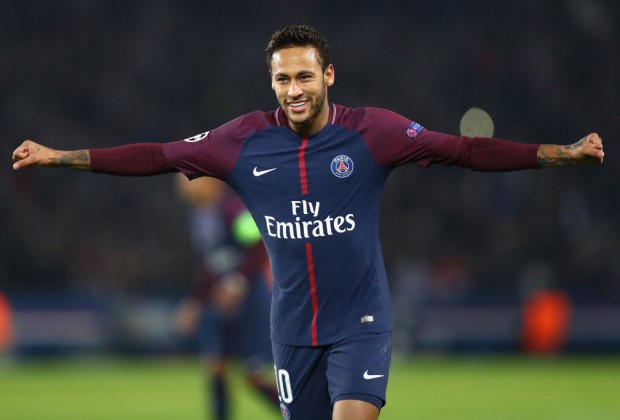 Neymar was there to support the game at the Stade de France. Neymar returned to Paris on Friday to continue his recovery, two months after undergoing surgery on a broken bone in his foot in his native Brazil.

He is unlikely to play again for PSG this season, his focus now on being ready in time for Brazil´s World Cup bid in June and July.

PSG were the overwhelming favorites to beat third-tier strugglers Les Herbiers in the game at the Stade de France, having already won the Ligue 1 title and the League Cup this season.

They were knocked out of the Champions League by Real Madrid in the last 16, shortly after Neymar suffered his injury in a game against Marseille.

Real Madrid have reportedly ramped up their interest in Neymar as they plot a stunning summer swoop. The forward only joined Paris Saint-Germain from Barcelona last summer in a £200million switch. But he has grown frustrated in the French League and is keen to return to La Liga – and Real have launched a charm offensive.

Neymar met Real Madrid new boy Vinicius Junior in a mansion in Rio de Janeiro on March 22nd  and the pair were not supposed to publicize the get-together but posted a selfie on social media, leading to the cover story that they were meeting as friends.

Neymar also met with a Real representative while he was recovering from foot surgery which means he could have played his last game for the Paris giants.

Neymar is a Brazilian professional footballer who plays as a forward for French club Paris Saint-Germain and the Brazil national team. Neymar came into prominence at an early age at Santos, where he made his professional debut aged 17.