May 20, 2018 Pakistan And Serbia Diplomatic Relations 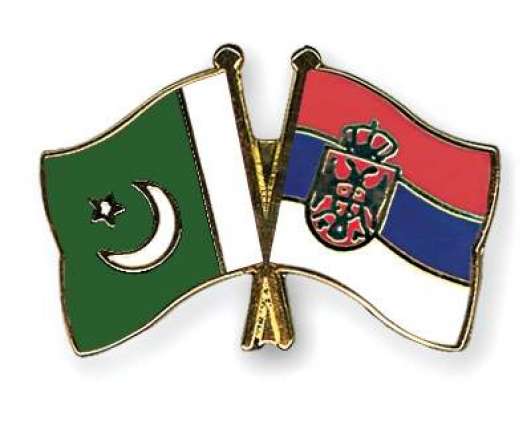 Pakistan And Serbia Diplomatic Relations: Pakistan and Serbia on Friday marked their 70th anniversary of the establishment of diplomatic relations. The two sides established diplomatic had relations on May 18, 1948, when Pakistan was in its building years, said a statement issued by foreign office here.

To remember this milestone, a series of events have been planned by the Embassy of Pakistan in Belgrade, including

The bilateral relations are characterized by mutual support on host of international issues as well as cooperation at multilateral fora. Pakistan wishes Serbia success in its path towards peace and development.

Last year, both sides reviewed bilateral relations and cooperation in the field of defense. Aleksandar Vulin agreed to speed up and institutionalize of bilateral cooperation which will eventually lead to enhancement of bilateral defense trade.

Ambassador Syed Adil Gilani handed over to Minister Aleksandar Vulin, letter of invitation from Minister of Defence Production of Pakistan to visit Pakistan in 2018. Minister Aleksandar Vulin accepted the invitation and said that he along with his colleagues from the Ministry of Defence will gladly visit Pakistan on mutually convenient dates. The visits will be part of the 70th anniversary of the establishment of diplomatic relations between Pakistan and Serbia in 2018.

Pakistan–Serbia relations are foreign relations between Pakistan and Serbia. Pakistan has had an embassy in Belgrade since 2001. Serbia closed its embassy in Islamabad in 2001 due to financial reasons and is now represented in Pakistan through its embassy in Beijing in China. On 24th December 2012, Pakistan recognized the Republic of Kosovo, which Serbia claims as part of its territory, although there has been no response yet by the Serbian Government.