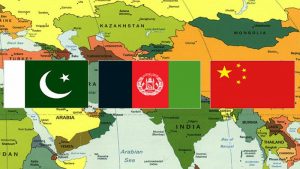 On Tuesday 26th December 2017, the Foreign Ministers’ of Pakistan, China and Afghanistan held a dialogue in Beijing on the invitation of Chinese Foreign Minister Wang Yi. This dialogue was held to discuss the development, security and counter-terrorism.

To strengthen the relations between Pakistan, China and Afghanistan this dialogue was held as a part of Chinese President Xi Jinping’s program.

According to Chinese Foreign Minister it is significant to get rid of terrorism for maintaining peace in the region.

The Chinese Foreign Minister said, “Pakistan and China are in support of discussions amongst Taliban and Afghan government”, at the same time welcoming Taliban to be a part of the regional peace development.