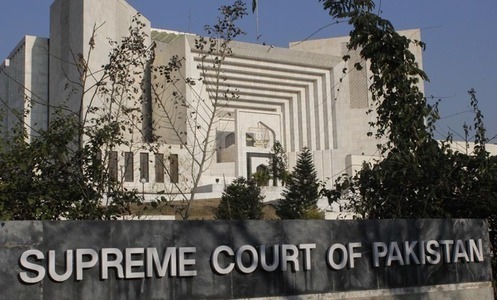 AG Ali submitted before the bench that the Sharif family had taken loans on foreign currency accounts and the disputed material was provided by the petitioner [Pakistan Tehreek-e-Insaaf (PTI)] due to which “the court cannot give a verdict in the case”.

To this, Justice Azmat Saeed remarked that no foreign currency accounts were mentioned and the court was told only about investments made with the Qatari Prince. He further asked AG to recommend a way forward to adjudicate on the disputed facts.

The AG emphasised that the state institutions should not be disgraced as this would cause embarrassment in front of international arbitration. Justice Khosa asked AG Ali to revisit his claim as the remarks issued against these state institutions are not baseless.

“When the state institutions themselves tend to be disgraceful then what should we do?” asked Justice Khosa. He added that the court would have to intervene in case institutions fail to perform their duties.

AG Ali addressed the issue of disqualification of the Prime Minister (PM) by saying that the top court can only intervene if the disqualification reference first sent to the speaker remains unaddressed.

“The qualification [competence] of the PM is the basic fundamental right of all citizens of the country. The allegations are not frivolous as they could be right or wrong,” Justice Khosa remarked.

PTI counsel Naeem Bukhari responded by highlighting that the SC had disqualified former Prime Minister Yousaf Raza Gilani yet $65 million were never returned to and received by the public exchequer.