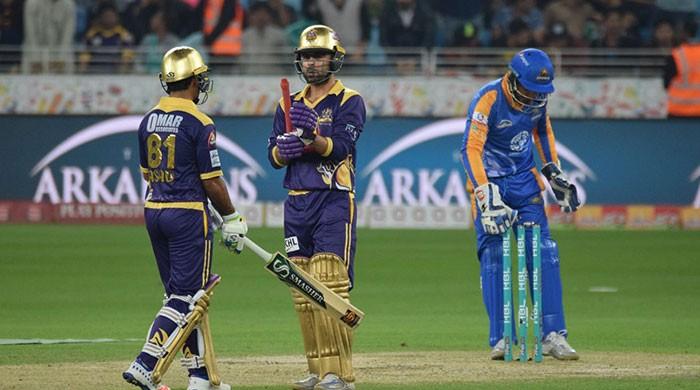 Quetta Gladiators established the winning momentum from the very start to chase the target of 155 runs as Asad Shafiq and Ahmed Shahzad’s partnership yielded 105 runs in 12 overs.

Sohail Ahmed claimed 3 Gladiators wickets in the 13th over but Sarfaraz Ahmad, Rilee Rossouw and Mahmudullah eventually won the match for their team.

Earlier, Gladiators restricted Kings to 154 runs for the loss of six wickets in 20 overs after winning the toss and choosing to bowl first.

Opening partnership between Kumar Sangakkara and Babar Azam contributed to the total 63 runs in 7.5 overs, while Chris Gayle could not maintain his strike and scored only 29 runs from 34 balls.

Mahmudullah took three wickets for which he was declared the man of the match.