PSL 2017: Karachi Kings to play for survival against Quetta Gladiators 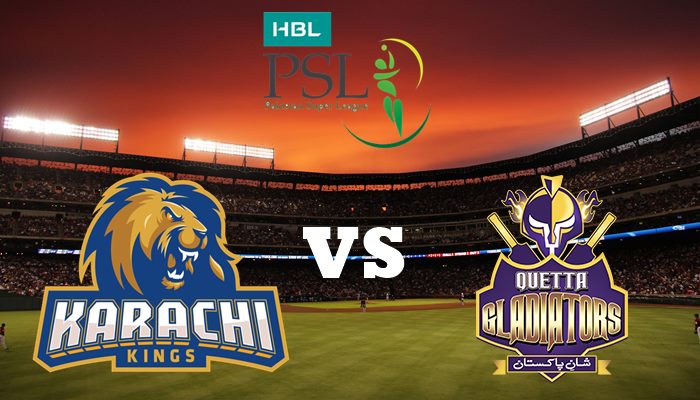 PSL 2017: Karachi Kings to play for survival against Quetta Gladiators

Karachi Kings is all set to play the first match of the third phase of Pakistan Super League (PSL) second edition against Quetta Gladiators on Thursday at Dubai International Cricket Stadium.

Kumar Sangakkara-led Karachi Kings will strive hard to survive in the tournament for which they need to win every single match. The team has played five matches so far and won only two. It is at the bottom pf the points table with only four points in hand.

The only match of the day will be played after a break of two days and will start at 9.00 p.m. (Pakistan Standard Time).