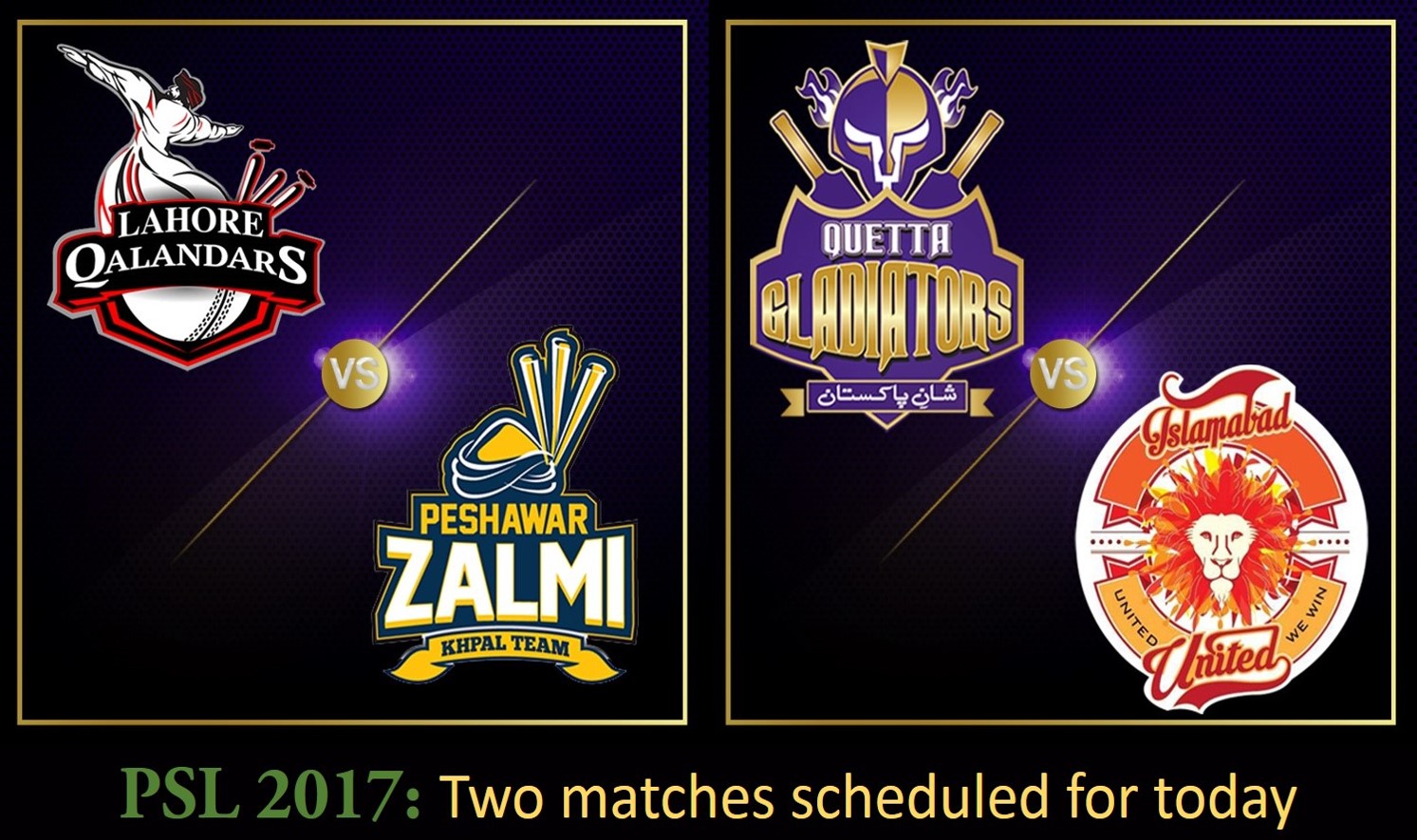 Two matches of Pakistan Super League (PSL) second edition have been scheduled for Friday to be played at Dubai International Cricket Stadium.

The first match will bring Lahore Qalandars and Peshawar Zalmi in the ground. The match will start at 4.30 p.m. (Pakistan Standard Time).

Qalandars and Zalmi are on second and fourth positions, respectively, on points table.

The second match will be played between Quetta Gladiators and Islamabad United and will start at 9.00 p.m. (Pakistan Standard Time).

Gladiators and United are on first and third positions, respectively.