Rangers given policing powers in Punjab for 60 days 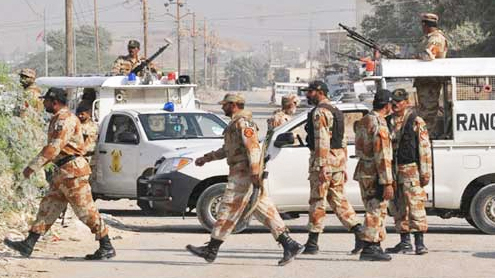 Rangers given policing powers in Punjab for 60 days

Interior Minister Chaudhary Nisar approved on Wednesday the deployment of Rangers in Punjab for 60 days during which they will exercise policing powers.

The Rangers will assist law enforcement agencies in order to implement Anti-Terrorism Act in Punjab.

“The government is determined to completely eradicate terrorism,” Nisar added.

The Rangers will be imparted powers under articles 7 and 10 of Pakistan Rangers Ordinance, 1959.