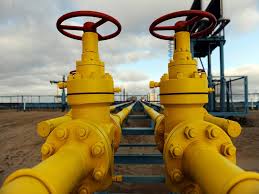 Recovery Of Rs.18b Losses From Gas Consumers: The outgoing government directed the gas sector regulator to recover losses on account of stealing worth Rs.18 billion from consumers, which could push the gas prices up.

The Economic Coordination Committee (ECC) of the Cabinet approved to issue policy guidelines to Oil and Gas Regulatory Authority to enhance the Unaccounted for Gas (UFG) benchmark from 5% to 7.6% to recoup these losses.

This will burden gas consumers with a payment of around Rs.18 billion to cover the cost of gas theft over the past five years and make backdated adjustments in financial accounts of Sui companies. The decision has been taken to provide a relief of Rs.11.25 billion to Sui Southern Gas Company Limited and Rs.6.54 billion as relief to Sui Northern Gas Pipelines Limited.

The ECC took the decision on a summary of the Petroleum Division that suggested the government to direct the regulator to enhance the UFG benchmark to 7.6% for financial years 2012-13 to 2016-17 in line with a study conducted by a consultant hired by the regulator. The earlier benchmark was 5%.

The Petroleum Division had noted that if the UFG benchmark as proposed in the study is applied on the provisional determinations from fiscal year 2012-13 to 2016-17, the financial impact for SSGC will be Rs.11.3 billion and for SNGPL it will be Rs.6.54 billion. But Ogra took the stance that the 4.5% benchmark was not provisional and it will not be reviewed again.

The ECC did not take a decision on another summary that sought 33% increase in gas prices for all consumers of the SNGPL system in order to recoup the Rs.26.8 billion revenue shortfall.

The committee will examine all aspects of natural gas sale pricing mechanism and would submit its recommendation to the Cabinet within three months, it added.

In the petition for revenue requirements for fiscal year 2018-19, the SNGPL has requested Ogra to take into account the accumulated shortfall of previous years while determining the final revenue requirements. The company has warned that if appropriate action is not taken, the total revenue shortfall would increase to Rs.114.4 billion.

The Petroleum Division had proposed to the ECC that the prices may be increased across the board by 33% from January 1 or at least by 16.5% to recover half of the revenue shortfall. The other options it gave were increasing the prices for all consumers by Rs.135 per mmbtu to cover the full shortfall or Rs.67.50 to recoup half the losses.

The last two options were that either the Finance Ministry give Rs.26.8 billion subsidy or change the weighted average cost formula of gas equalization. Due to weighted average cost, the SNGPL was required to transfer Rs.14.5 billion to the SSGC. But it would reduce the SSGC revenue surplus by the same amount.

The ECC conditionally approved another summary of the Petroleum Division that sought a staggering recovery of Rs.18 billion from SSGC over a period of five years. In fiscal year 2009-10, Ogra while determining the annual revenue requirement allowed a UFG benchmark of 7% as against the initial benchmark of 5%. Ogra maintained the 4.5% benchmark till fiscal year 2014-15. The public gas utility companies challenged this move in the courts but could not get relief.

The ECC also considered the issue of allocation of site to private LNG developers for establishment of LNG terminal. It was decided that only those sites at Port Qasim would be allocated for the establishment of LNG floating terminal which have been declared safe after undertaking Quantitative Risk Assessment.

The meeting approved a proposal to allocate 35mmcfd Mari shallow gas and 40mmcfd of Mari Deep gas to Pakarab Fertilizers Ltd. (PFL) in order to allow it to optimally utilise its available installed capacity, encourage indigenous production and to lessen reliance on imported urea.