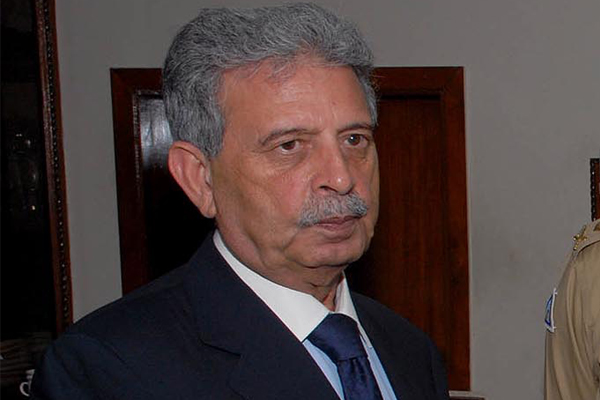 Science &amp; Technology progression essential for growth in economy: The Federal Minister for Science and Technology, Rana Tanveer Hussain, whilst addressing the inaugural session of the 4th convention & 25th General Assembly meeting of the Federation of Engineering Institutions of Asia and the Pacific (FEIAP) 2017, said that the advancement in science and technology (S&T) was one of the basic requisites for a robust economy in today’s knowledge based world. He was addressing a jointly organised event by the Pakistan Engineering Council (PEC) and the National University of Sciences & Technology (NUST).
The minister lauded the efforts of PEC and NUST for coming together to strive for a better Pakistan through innovation, engineering and education for the society. Development and sustainability was the main theme of the event. Mr Hussain was of the view that science and technology, was the key to success in the modern era. In his address, the minister said that there was enough evidence to suggest that those nations who do not pursue science and technology fall behind in terms of their industrial and economic development.
The minister declared that “Modernisation in every aspect of life was an important manifestation of the role of science and technology”.
and was of the view that the introduction of modern gadgets had not only facilitated connectivity but had also empowered the underprivileged sections of the society.
The Federal Minister declared that technology had revolutionised sectors like health and education and that science and technology was a growing field in Pakistan, as is evident from some most brilliant minds which have achieved great acclaim in mathematics and in several branches of physical science, notably theoretical physics and chemistry.
The Federal Minister further added that the ministry has initiated scientific and technological programmes according to the national agenda to develop a sustainable science and technology research base for socio-economic development of the country. He was of the view that the Ministry’s goals and agendas were perfectly aligned with the vision of the Federation of Engineering Institutions of Asia and the Pacific (FEIAP), namely to promote sound engineering practices in support of the socio-economic development objectives in the regions of their interests.
Mr Hussain claimed that the principal focus of the S&T Ministry was on building Pakistan’s technological competence and developing a larger pool of human resources, to reverse the brain drain, and for integrating the existing technological infrastructure for strengthening of technology institutions, effective governance of science and technology and enhancing the capacity of indigenous innovation systems.
The Federal Minister said in this regard the focus area has been re-orientation of the research agenda in light of the needs of the industries.
The minister appreciated the efforts made by FEIAP, PEC and NUST to organise this conference with a view to facilitate the exchange of information, expertise and ideas related to engineering amongst the member organisations within the Asia-Pacific region. He also congratulated the PEC and NUST for their untiring efforts in continuously improving the engineering profession and to groom and shape the brightest minds to do greater good for the society.
Finally, Mr Hussain said that the government would always extend all out support for the future growth of not only to NUST but all the educational institutions of Pakistan.
The event was attended by Dr John Chien-Chung Lie, President of the Federation of Engineering Institutions of Asia and the Pacific (FEIAP).