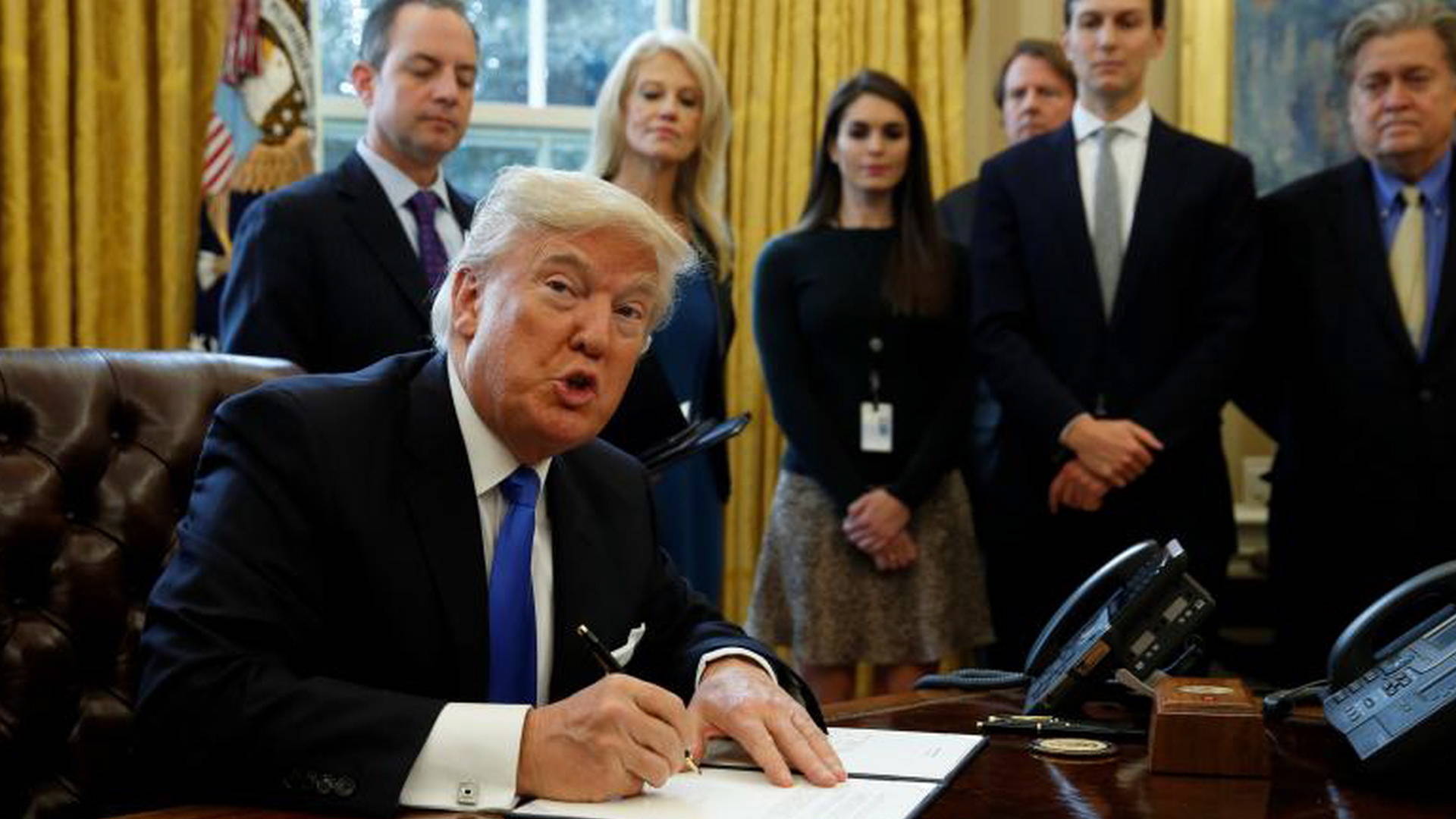 President Donald Trump opened his maiden speech to Congress on Tuesday by asserting his commitment to civil rights and condemning the recent wave of threats targeting Jewish centers across the United States.

“Tonight, as we mark the conclusion of our celebration of Black History Month, we are reminded of our nation´s path toward civil rights and the work that still remains,” Trump began by saying.

“Recent threats targeting Jewish community centers and vandalism of Jewish cemeteries, as well as last week´s shooting in Kansas City, remind us that while we may be a nation divided on policies, we are a country that stands united in condemning hate and evil in all its forms,” the president said.