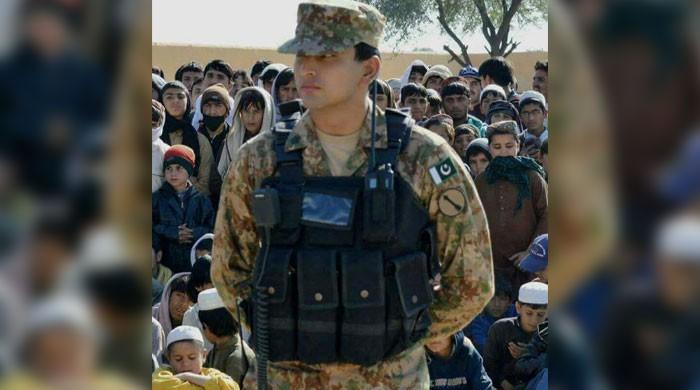 Two Pakistan Army personnel, including an officer, were martyred and four terrorists killed in an exchange of fire in Frontier Region Bannu late on Thursday.
Security forces conducted an intelligence-based operation in Mullagano area of Jani Khel town in Bannu district. The terrorists hiding in the vicinity opened fire on the security personnel, resulting in a shootout. The firing exchange killed Lt Khawar and Naik Shahzad while four terrorists were also slain in the gunbattle.