Zardari waits in helicopter for ‘protocol’ to be served 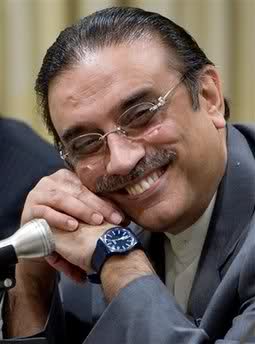 Zardari waits in helicopter for ‘protocol’ to be served

Claims of politicians denying protocol and VIP treatment frequently contradict with the reality, one such incident having occurred on Tuesday when Former President Asif Ali Zardari refused to step out of the helicopter until red carpets were rolled out.

He returned to Karachi from Hub and his helicopter landed at Bagh Ibn-e-Qasim where he preferred staying in the helicopter till carpets were rolled out on the path between the aircraft and his white Land Cruiser vehicle parked few feet away.

He was then driven to his residence situated less than a kilometer from Bagh Ibn-e-Qasim.